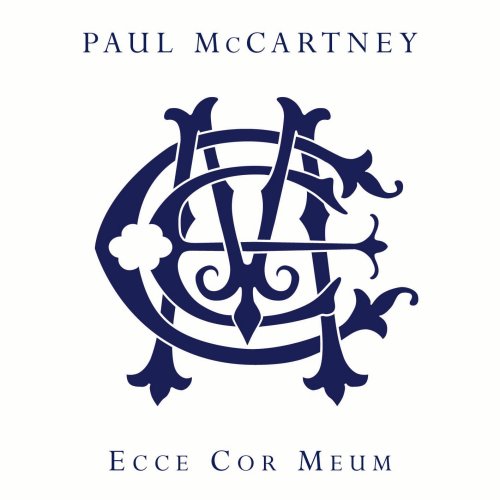 Ecce Cor Meum was more than eight years in the making. Its origins follow in the historic tradition of composers commissioned to write music for the Choir of Magdalen College, Oxford. Paul was specially invited by Anthony Smith (President of Magdalen College 1998 – 2005) to compose something to set the seal on a new concert hall for the college. Mr Smith’s hope was for ‘a choral piece which could be sung by young people the world over in the same way that Handel’s Messiah is’.

In November 2001 the first version of Ecce Cor Meum was given its preview performance by Magdalen College Choir, conducted by Bill Ives at the Sheldonian Theatre in Oxford. This was a great learning experience for Paul. “Eventually I made it all come together through correcting a lot of misapprehensions – a lot was learned before the Sheldonian performance, but a lot of it was learned afterwards. An experienced choral composer knows that children can’t be given huge sustained passages; they don’t have the energy and the stamina. At the Sheldonian there was some quite hard stuff that I didn’t realise because I’d done it on the synthesiser (which has endless stamina!), but during that first performance, the solo treble couldn’t come on for the second half – I think I’d used him up in the first half! These are things that people either learn because they are taught them immediately at the first lesson or you learn through the years, so it was good to go through the piece a lot of times, and we took out huge choral sections and gave them to the orchestra. If it had been a Beatles song I would have known how to do it. But this was a completely different ball game.”

Ecce Cor Meum, an oratorio in four movements, is scored for soprano soloist, choir and orchestra. Each movement begins with unaccompanied voices, and the text combines both English and, to a lesser degree, Latin. Paul’s knowledge of Latin comes from his classical education at the Liverpool Institute High School for Boys, where he had learnt three languages by the time he was 12. Paul says: “Not all of this has been retained over the years as my path went in other directions, but my love of language remains, and as Latin is known and sung by choirs all over the world, I felt it would be appropriate to use at times during the piece.”

Like many great composers, Paul started with the music and then looked for a subject that fits. Several ideas for lyrics occurred to him, but they only gelled when he took part in a concert of John Tavener’s music in the Church of St Ignatius Loyola in New York. “While I was waiting to do my bit, I was looking around the church and I saw a statue, and underneath it was written ‘Ecce Cor Meum’. I had done some Latin at school and I always had a fondness for it. So I worked it out. I believe it means Behold My Heart”.

Produced by John Fraser, Ecce Cor Meum was recorded at Abbey Road studios between March 13th and 17th, 2006. It was performed by EMI artist Kate Royal (soprano), the boys of Magdalen College Choir, Oxford, the boys of King’s College Choir, Cambridge, and The Academy Of St Martin In The Fields, conducted by Gavin Greenaway.